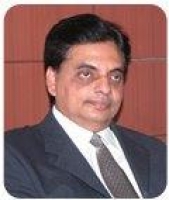 Before this he was working as Director [HR] of NALCO [National Alumnium Company Ltd.] a Schedule ‘A’, Navarathna, Central Government Public Sector Company, from October 2007 to August 2012.

During his tenure in NALCO and KIOCL he had introduced various Personnel Policies and OD interventions for improvement of productivity, performance and welfare of the employees and the company as a whole.

He has been awarded Fellowship of NIPM and was President of NIPM, Utkal Chapter during 2008-10 when the Chapter was adjudged as one of the best chapters of the country.  He has also received various HR Leadership Awards at different forums including World HRD Congress.

He was also President of Rotary Club, Temple City, Bhubaneshwar and has been awarded Paul Harris Fellowship and Service Citation Award by Rotary International.