The event started by Welcoming the gathering and the Chief Guest, Mr. Ramesh Padmanabhan by club’s secretary Ms. Arya MK followed by the President, Mr. Avinav Kumar, who gave an introduction speech about the club. Mr. Madhu Kumar also said a few words about his passion for social activities and Mr. Ramesh Padmanabhan's impressive career path.

In his speech Mr. Ramesh Padmanabhan's focused on long-term interventions in both urban and rural communities, issues faced by expectant mothers, issues in raising fund and statistical data on mortality rate such as one woman dying every 5 minutes in childbirth and a child under the age of 5 years dying every 2 minutes in India. He also gave a brief note on Armman Foundation's programmes, such as Mmitra, Kilkari, and Asha workers, with whom they coordinate and carry out their tasks.

His message to our club was to understand the root cause of the problem we were attempting to solve and to ensure that our solutions were long term and sustainable.

Further to this Mr. Anil Philip, the Vice President, asked a few thought-provoking questions that made the students cheerful. Finally, the event was concluded with the Vote of thanks by Mr. Midhun Mohan, Vice president of the club. 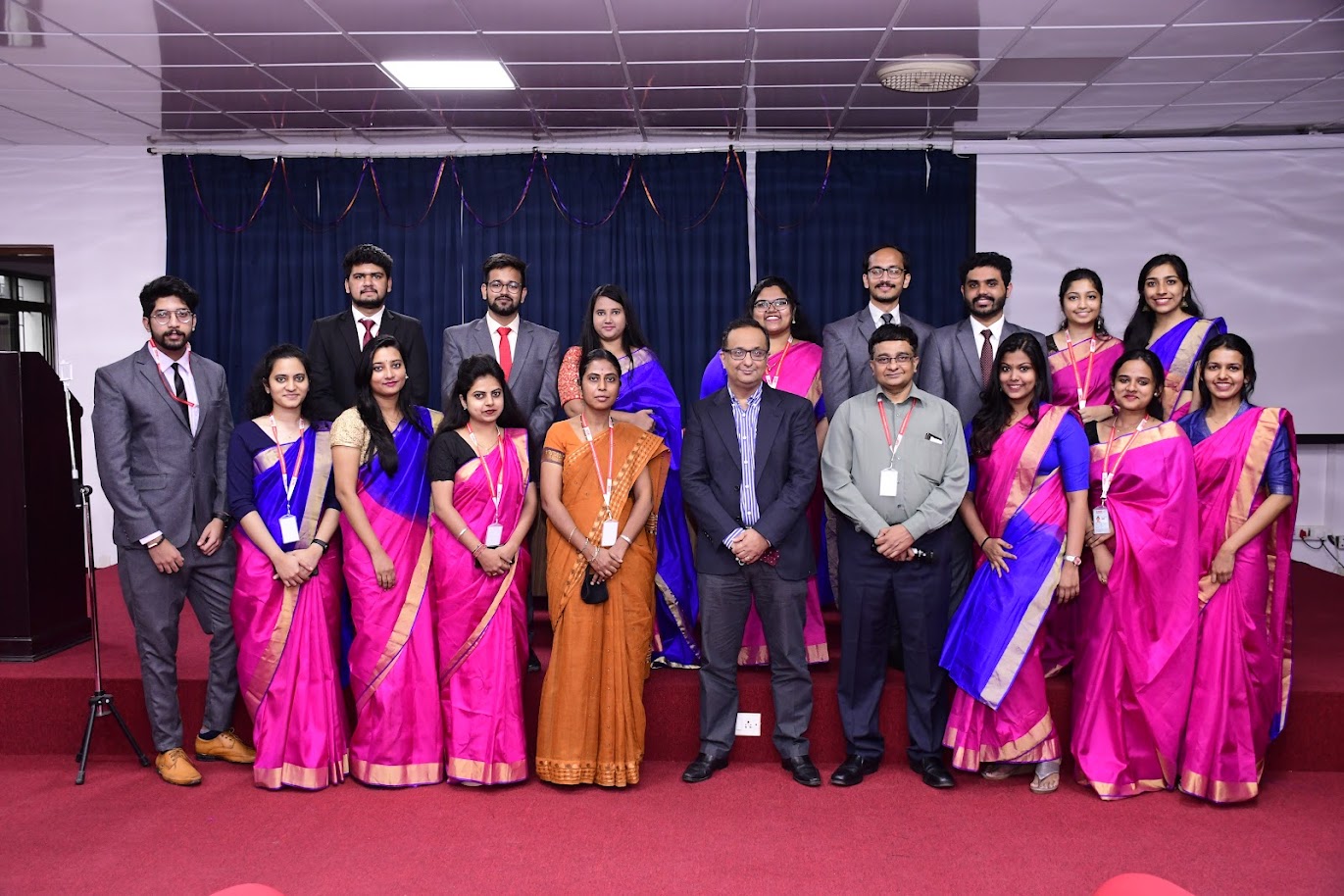