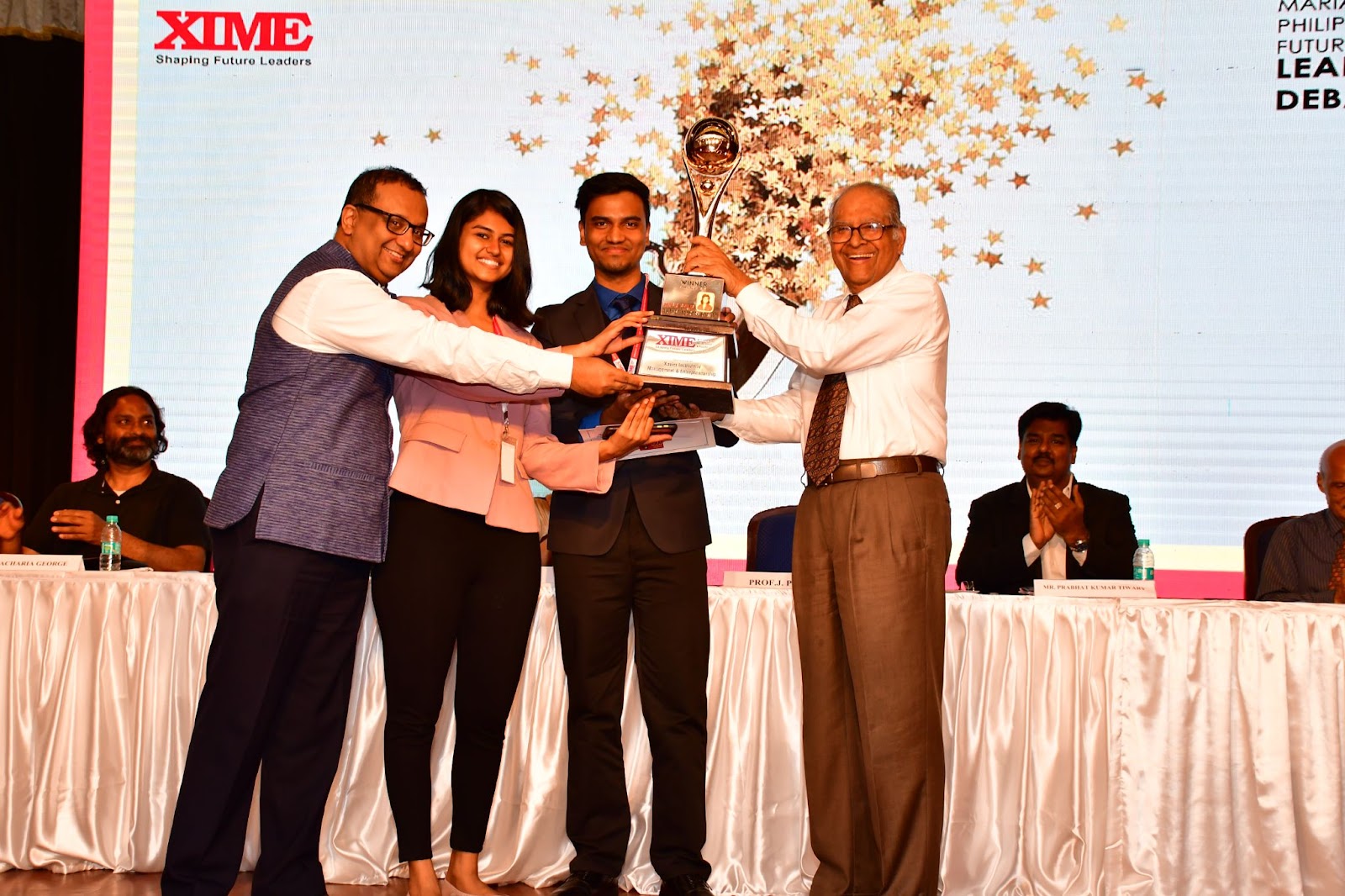 "The art of Communication is the language of leadership" - James Humes

XIME has always been dedicated to the development of future leaders, assisting them in honing and refining their oratory skills and transforming them into resilient, self-assured individuals.

Maria Philip was the inspiration behind her father's founding of XIME. As an eloquent orator and leader, she wanted to create an egalitarian society in which everyone could express themselves, as well as a platform for leaders. For more than three decades, XIME has held the Maria Philip Future Leaders Debate Competition for graduate students in South India in her loving memory.

XIME believes that by holding the competition, students will be able to express themselves clearly and confidently, allowing the leader in them to shine! 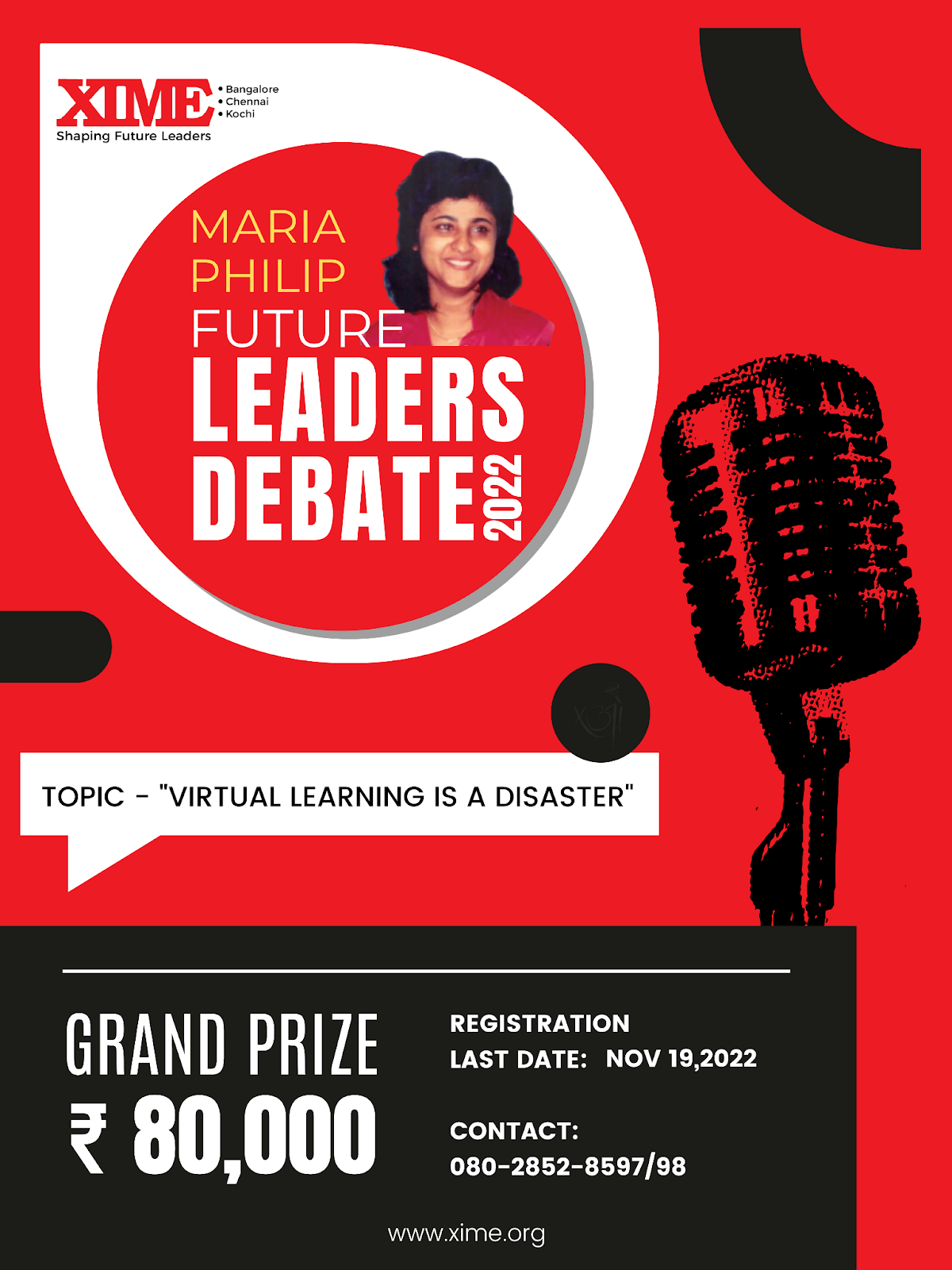 Use this link to register - https://forms.gle/nVGm9XCACeZTG98n7