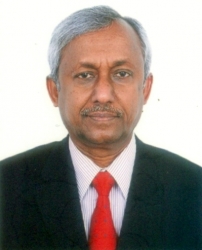 Dr. M. Nellaiappan is our current Director.  He had a long stint of four decades in Industry having served as Director (Human Resources) & Member of the Board, BEML Ltd, Bangalore, a Govt. of India undertaking, Ministry of Defence from March 2009 till June 2013.

Prior to joining BEML, he had served KPCL (A Government of Karnataka Undertaking), for 36 years in various positions and was its Director (HR) and Member of the Board during the last 4 years of his tenure in that corporation.

He had associated with XIME as its Director from May 2013 to May 2014 and later handled other positions such as Director (Development) also as an Advisor to the Institute.

He is an alumnus of our Institute.