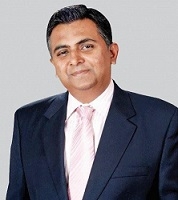 Sandip Sen, has been the Global CEO of Aegis since 2012.

Sandip has contributed exponentially to the Aegis growth story: as a market maker and brand builder and has been instrumental in building the company’s global business across countries like India, the US, South Africa, Australia, Philippines, and the UK. From less than USD 60 million revenues, his strategic insights and execution capabilities helped architect Aegis into a USD 1 billion company with over 55,000 employees across 13 countries. Sandip played a pivotal role in the extremely successful sale of Aegis USA Inc. in August 2014 to Teleperformance and the Aegis Ltd to a Private equity company, CSP in 2017.

Additionally, Sandip is a well-known writer, speaker and thought leader. He writes regularly for Business Newspapers and has been expansively quoted and featured by the global media fraternity. Sandip is a member of NASSCOM BPO Executive Council and is also the Chairperson of the CII National Council on Special Abilities.